What is the project about? 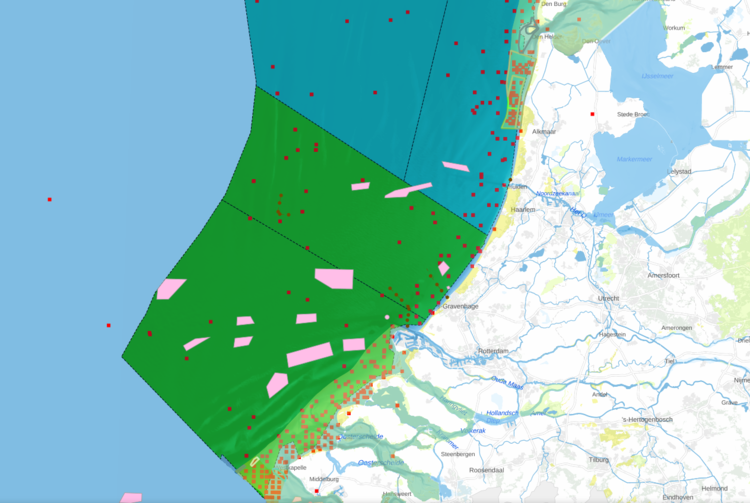 Why is this important?

The seaweed sector in the Netherlands is fairly new. Most of the seaweed farmers who started over the last years, are relative small producers, that operate nearshore. If the sector wants to grow, and enlarge the positive impact seaweed can have on many levels, the sector needs to scale up. Nearshore, but also (and mostly) offshore; since the offshore area in the Netherlands is a lot bigger than the nearshore areas.

In order to spark the imagination of seaweed interested entrepreneurs and to showcase the possibilities of offshore seaweed cultivation on the Dutch North sea, Stichting Noordzeeboerderij, Deltares and Informatiehuis Marien took the first steps in designing an Aquaculture Atlas: an interactive map that enables entrepreneurs and investors to see for themselves which locations are suitable for seaweed cultivation at sea.

What are the objectives?

What do we do in this project?

Stichting Noordzeeboerderij supported carrying out the project, together with Deltares and Informatiehuis Marien with gathering data through expert interviews and data analyses. The ambition is to develop a more extensive map that goes beyond the Dutch North Sea, such as sheltered areas and the Belgian North Sea.

What are the results so far?

The online, interactive map is ready and accessible via the website of Informatiehuis Marien (2017); the poster of the Atlas is ready and can be downloaded below (2017).

Since the project results in 2017; new insights have emerged on the seaweed cultivation potential in Dutch North Sea by knowledge institutions. For instance this press release in 2019 of WUR.

This project suits our priority…

Who else are involved?