Educate to protect our Ocean

Dos started his sea-advocacy with showcasing his beautiful pictures he took during diving. But as time passed, the changes taking place in our ocean required a different approach: "What if you can show the beauty of the ocean, and educate individuals how to live in a way which is positive for the ocean and our planet?" The Sea First Foundation was born. With the credo Educate to Protect, Sea First gives you practical solutions for a healthier ocean.

Who is Dos Winkel? 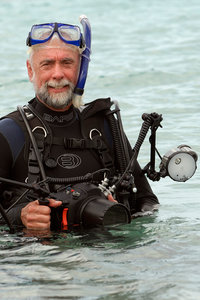 places around the world. As a passionate diver, sea-lover and photographer he has been able to show this beauty to others, using his photographs. However, whilst diving he also came across the less beautiful sights in the ocean. Dos came to see the horrible consequences of our lifestyle on the ocean he loves so dearly. Every time Dos asked what had caused these changes, his diving instructors answered; “This is normal, that is nature changing over time”. But that answer became dissatisfying; the beauty being lost was not normal. He dived deeply into the facts and decided it was time to establish the Sea First Foundation!

The quality and the beauty of the ocean is rapidly decreasing:

· over the last 50 years, total phytoplankton has decreased with 40%, causing a huge reduction in 02 - production;

· currently there are about 18,000 pieces of plastic waste per square kilometre floating around in the ocean;

· more than 400 ecosystems have been killed by human-involvement, together covering an area of 245,000 km²;

What is going on in the oceans, is connected to the land and the way we have engineered our food systems. The last 70 years, the world population has grown from 2.2 billion people to 7.8 billion. About 70 years ago, the world population ate 1.2 billion animals per year, which now has increased up to 76 billion animals per year (this is without fish and other marine animals). Over the years, the use of land has shifted to the (in)direct production of animal proteins. In fact, more than 76% of the land we use for our food production is used to produce animal feed or as graze land for farmed animals. To visualise this 76%, that is 2,8 times (!) the surface of Europe, and almost equal to the whole continent of Africa. That really hits home, doesn’t it?

Although the facts are undeniable and the immense consequences of our diets have a huge impact, Dos stays positive; we are able to change the negatives into new nature, both on land as well as in the ocean. By removing the traditional animal proteins from our diet, we can have a huge positive impact on the climate, the acidification and warming of our oceans and our own health.

So how does seaweed fit in this picture? Well, that is quite clear according to Dos: “Seaweed has huge potential to contribute enormously to the health of our ocean, our people and our planet”. According to research of Prof. Willem Brandenburg from Wageningen University (who founded the experimental sea weed farm in the Easter Scheld), we only need three times the surface of Belgium for the cultivation of seaweed, to feed around 9 billion people with perfect proteins and fatty acids. By replacing the animal proteins with the proteins from seaweed, we could save 76% of our agricultural lands and return them to nature. 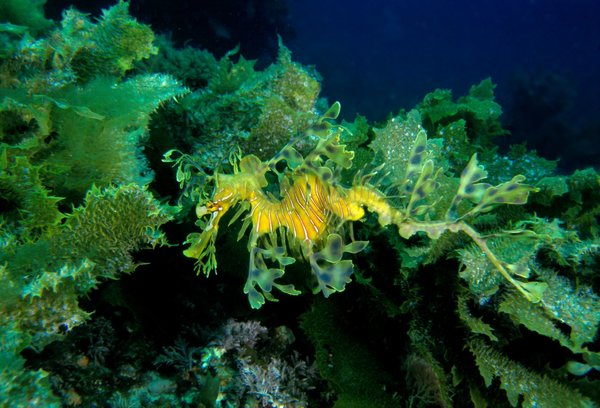 The Leafy Seadragon is endemic in the seaweed reefs of South Australia. This member of the Seahorse family is seriously endangered. Kangaroo Island, Australia.
more news