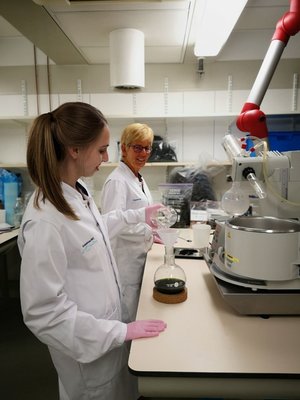 About internal medicine at the Erasmus MC

The laboratory of vascular medicine is one the of the laboratories of the department of internal medicine at the Erasmus MC University Medical Center. The main mission of the department of internal medicine laboratories is to “pioneer innovation in research, education and care by bringing science to the patient”. The aim of my laboratory is to establish how exactly lipids contribute to cardiometabolic diseases and to Alzheimer’s disease and by what kind of interferences in lipid metabolism this can be prevented or counteracted.

A favorite  topic is research on the potential of seaweed-derived phytosterols, that activate liver x receptors (LXR) in the battle against the onset and progression of Alzheimer’s disease. This research was initiated and performed in collaboration with Tim Vanmierlo, Hasselt University,  Prof Lütjohann in Bonn and later also with Prof Liu in Qingdao. LXR are so called “nuclear receptors” that play a key role in the regulation of lipid homeostasis and of inflammatory processes. We demonstrated that enhancing cholesterol turnover in the brain using synthetic LXR-agonists,  could restore cognition in aged Alzheimer mice. However, serious side effects, such as fatty liver, occurred. While searching for phytosterols that can activate LXR, but do not induce the adverse side effects, we ran into a unique phytosterol saringosterol contained by the Asian brown seaweed Sargassum fusiforme. We demonstrated that saringosterol-containing extracts of Sargassum fusiforme can prevent cognitive decline in Alzheimer mice. Because synthetic LXR-agonists were originally developed for treatment of cardiometabolic diseases, we investigate if role of seaweed-derived compounds can play a role in the prevention and/or treatment of these diseases. In collaboration with Prof Lütjohann’s group we test effects of seaweed in models for cardiovascular disease and in a clinical study test health-improving effects of seaweed administration in patients with diabetes mellitus.

Our interest lies in the enormous potential of seaweed in improving health and in the application of seaweed-derived compounds in the prevention and in slowing down the progression of Alzheimer’s disease and in addition also other neurodegenerative- and cardiometabolic diseases. Although, our initial finding was with Asian brown seaweed, Sargassum fusiforme, we are presently assessing the potential of Dutch or European seaweeds with similar phytosterols such as saringosterol and characteristics.

You may approach us for questions related to health benefits of seaweed or its, mostly lipophilic, constituents in the context of cardiometabolic- or neurodegenerative diseases. To answer such question we can perform either basic and translational, or also clinical studies. North Sea Farmers for us is the connection with the world of seaweed covering all its aspects, where we can exchange knowledge and search for collaborators and solutions for encountered challenges.

Our wish is getting to know the endless possibilities provided by seaweed in all its aspects in the contribution to health and importantly in the prevention of disease, in a sustainable manner. We envision improved health by consumption of crude seaweed as sustainable food in tasty dishes, by blending seaweed or its extracts with commonly consumed food-products, by taking supplements or single compounds. 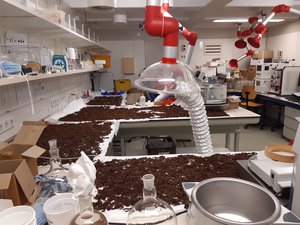 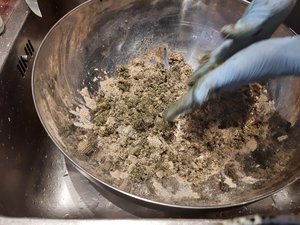 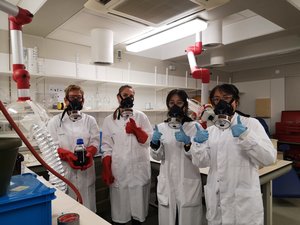