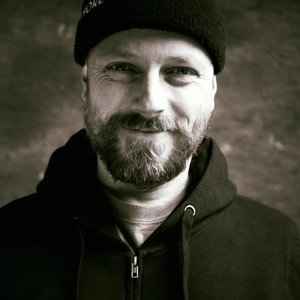 Who are you and what is The Dutch Weed Burger?

My Name is Mark Kulsdom and I am one of the two original founders from The Dutch Weed Burger and the only one still involved. I studied cultural history and the end of the  nineties after which I became deeply involved in the anti-capitalist movement in Northern Europe with a special focus on Animal Liberation. After that period I started working as a documentary videomaker. The Dutch Weed Burger was actually a result from a 30-minute road movie I shot in New York City, following Lisette Kreischer in her quest for the best use of seaweed, to inspire the masses to eat more plant based food. After New York we started to cater a real burgerconcept, enriched with seaweed on music festivals and it became an instant culthit! We build the company on that initial enthusiasm!

What makes The Dutch Weed Burger a North Sea Farmer?

We were the first users of the seaweed that came out of Zeewaar, the first seaweed farm in the Netherlands. We have been promoting Dutch Weed ever since, because we chose to work with what's available in the Netherlands, to help the farmers build the case that seaweed can be commercially cultivated in NL.

What could other North Sea Farmers approach you for?

We are currently in a phase where we joined the ranks of The Live Kindly Collective and are looking for ways to expand our business internationally. Whenever North Sea Farmers see this as an inspiration or want to work with us in some kind of partnership we are open to explore!

What does North Sea Farmers mean to you?

NSF are a beacon in the development of a healthy and sustainable seaweed seagriculture. Their dedication and commitment to making it come to life are a daily inspiration to us! Always there to assist with questions and working on communication or research to bring this forward. We are very greatfull to work with them.

What is your greatest wish for the future regarding seaweed?

I wish for the power of seaweed to find its place in the plant-based cuisine that is currently growing into adulthood. That this powerhouse of nutriënts will be able to spread it's goodness into the world and that people can benefit from all the positivity it contains! Eat Weed Live Long!