offshore solar with oceans of energy

What is the project about? 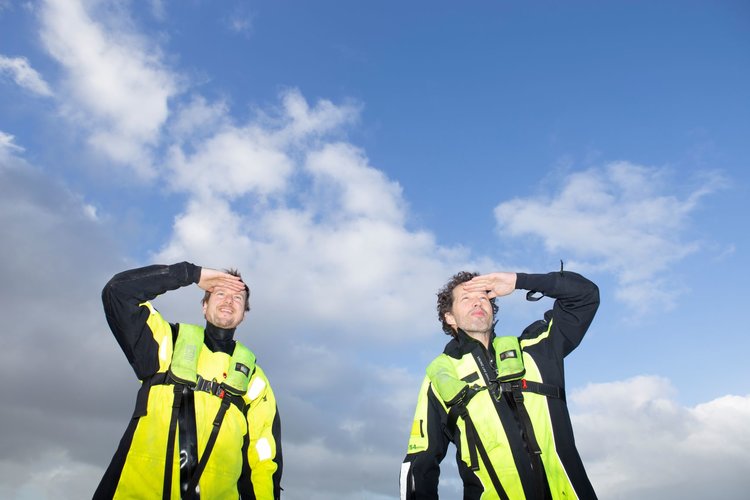 What is the oceans of energy project about?

Why is this important?

With the negative effects of climate change and the depletion of fossil fuels, there is a growing need for alternative and clean energy. Yet the land available for clean energy production is scarce and insufficient to sustain the energy demand for a growing population. The solution lies in designing a system that does not require land to provide clean, green energy.

That’s why Oceans of Energy researches the possibilities of floating solar farms at sea. This has great potential in providing clean energy, since seventy percent of the world’s surface is covered by oceans. Though this may sound easy, it requires that the solar farms are robust enough to withstand the harsh offshore conditions. In January 2020, Oceans of Energy successfully doubled the number of floating solar farms on a nearshore test site. The ambition is to install these solar farms within an offshore wind farm; to optimally use the available surface area. Eventually, these panels can also be installed at a multi-use sea farm, where wind, energy from the sun, seaweed and shellfish can all be harvested at the same time. This will be an excellent synergy between nature, food and energy.

Oceans of Energy has designed and developed a modular, floating system that has already endured several storms on a nearshore test site. Since November 2020, Oceans of Energy is also operating a second pilot system, at the Offshore Test Site, which proved successful in these offshore conditions as well. In order to move forwards, Oceans of Energy will test their floating solar farms in the offshore environment at our offshore test site. This pilot is the next step in achieving the goal of incorporating floating solar farms between wind turbines and seaweed farms at open sea.

What are the objectives?

What do we do in this project?

Oceans of Energy will perform its first offshore pilot in one of the offshore test site plots. The first part of the floating systems was installed in November 2020. North Sea Farmers, who manage the offshore test site, are assisting with the (offshore) logistics and equipment as well as with monitoring and inspections.

What are the results so far?

The pilot on the offshore test site has started recently. Check the latest updates on Oceans of Energy in their latest press release.

Who else are involved?

Oceans of Energy is working together with MARIN, ECN, TNO, ONEBV and TAQA.

Finance: Rent of a plot at our offshore test site